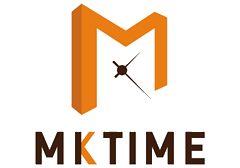 Flight and Refund Policy in Case of New Coronavirus

l From March 28, the entry visa will be temporarily invalid, and non Chinese citizens will not be able to enter China temporarily. The government did not announce the end date of the restriction. In case of an emergency, you need to apply for an emergency visa before entering China.

l Since March 29, it has been drastically reduced to one flight per airline per week from each country to China.

l The seating rate shall not exceed 75% for the purpose of scattered sitting.

l From March 23 to 28, American flights to Beijing need to stop in Tianjin for quarantine inspection before being released to Beijing.

l The transfer time of Beijing Capital Airport is 6 hours due to quarantine.

l All ports of entry in China need 14 days of centralized isolation (at their own expense).

l The transit to other cities in China may be delayed in quarantine.

l People with Chinese passports and U.S. green cards will not be able to cross Seoul, South Korea, from February 5.

l Canadian citizens are not allowed to fly from China to Canada through the United States.

l It is not allowed to enter the United States at Houston, San Jose, Minnesota and other airports.

l Please contact the airline directly for the itinerary to be changed due to quarantine.

l China Airlines--One flight from Los Angeles to Beijing on April 2.
After that, there will be only one flight every Sunday from April 5 to April 30

l China Southern Airlines--One flight from Los Angeles to Guangzhou on April 1, and one flight on every Sunday from April 5 to May 2.

l All flights are sold out by the end of April

Grounded flights between China and the United States

l Most airlines are allowed to refund the canceled tickets (UA can only refund after one year's ticket expires, and Canada Airlines can only do it within two years if it is not refunded)

l Change the return ticket of the canceled flight: the airline may help passengers to change to other routes or even the airline

Refund and endorsement of air tickets of China Airlines

l Unused return tickets can be refunded without penalty, but can not be changed for free

l Normally, the refund will be returned to the credit card for 2 weeks. In a special period, you may wait a few more weeks.

l The refund of the return part needs to be calculated and reviewed carefully, which is very time-consuming. A large number of overstocked refunds may exceed two months.

Share to:
Previous: Tips for Preventing Coronavirus | How to protect yourself on the way to work? Next: Tips for Getting to Canton Fair from Guangzhou Airport
Communicate with Supplier?Supplier

Ms. Venus.Shen
What can I do for you?